Sample questions from the AAPS:

I usually draw pictures and/or diagrams even if there is no partial credit for drawing them.
A) Strongly Agree
B) Agree Somewhat
C) Neutral or Don't Know
D) Disagree Somewhat
E) Strongly Disagree

Everything you need to know about implementing the AAPS in your class.

Silver Validation
This is the second highest level of research validation, corresponding to at least 5 of the validation categories below.

Sixteen of the agree/disagree 5-point Likert scale AAPS questions were taken from the APSS, while the other 17 questions were created by the test developers, tested in student interviews and reviewed by experts. The AAPS questions were then tested with 16 graduate students, who also gave verbal feedback on the questions. The AAPS was modified and tested with 24 additional graduate students, of whom some gave verbal and written feedback. The APSS was subsequently tested with over 200 first-semester algebra-based physics students, over 150 second-semester algebra-based physics students, over 100 first semester calculus-based physics students and over 40 second-semester calculus-based course physics students. In addition, the AAPS was given to over 30 students in an introductory astronomy course. Finally, the survey was given to 12 physics faculty who had taught introductory physics recently. Overall, the AAPS has been given to over 600 students and the results published in two peer-reviewed papers. 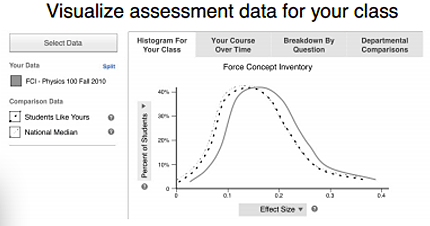